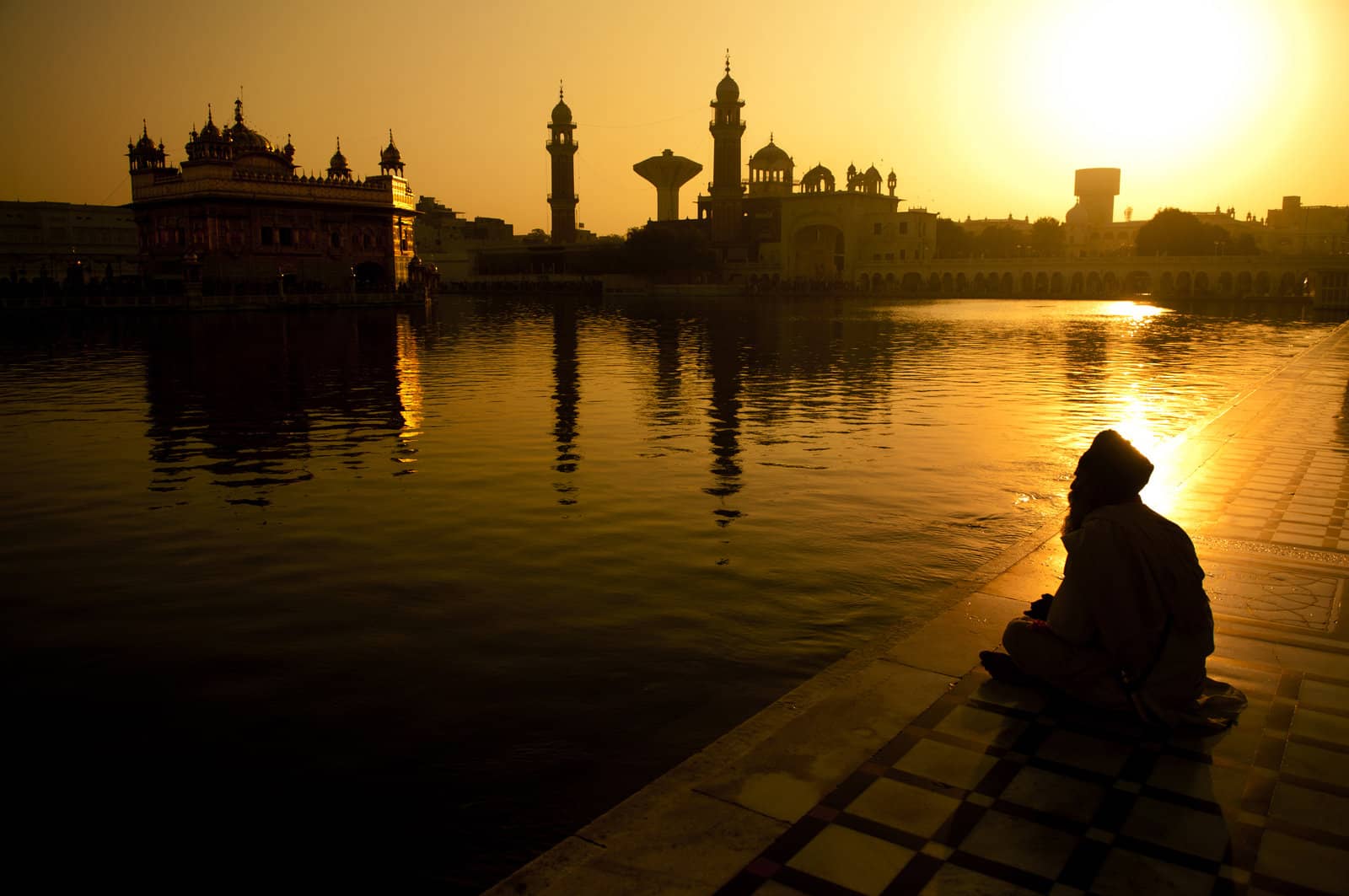 A traditional Sikh funeral, Antam Sanskaar, brings together both mourning and celebration as Sikhs believe that the soul reunites with God following death. Although grieving is common, Sikhs will display calmness and detachment as they take this time to accept the will of God. Sikhs believe in reincarnation, the cycle of life, and that the soul does not meet death but is rather a progression to the journey of God.

What happens in a Sikh funeral?

Before the funeral, the body and hair of the deceased are to be washed in yogurt and water by their loved ones as prayers are recited and they are dressed in beautiful, traditional Sikh clothing with the Khalsa symbols; “The Five Kakaars” – Kangha, Kara, Kesh, Kirpan & Kachha.

For the morning of the funeral, the body of the deceased is transported to the home or the Gurdwara (the Sikh holy temple) where prayers are read and hymns are sung.

Before making way to the crematorium, the Granthi (——) will recite an Ardas (the daily rite of passage) and a final viewing for the family and friends; before reciting the Chaupai Sahib prayer or repeatedly reciting the word “Waheguru”.

Why do sikh funerals include washing the body?

Because the body is traditionally viewed before cremation, bathing the body washes away any visible impurities. It is also part of the death ritual, allowing the family to give a traditional Sikh send-off.

How quick are Sikh funerals arranged?

Funerals in Sikhism are traditionally carried out on the day of death or as close to the day of death as possible; however, in the UK, awaiting a coroner report and perhaps, even the cause of death, may postpone the funeral for a couple of days.

What do Sikh do after death?

Immediately after confirmation of death, Sikhs will recite Japji Sahib and Sukhmani Sahib prayers at home or in the Gurdwara followed by an Ardas. At the Gurdwara or the home, the Sehaj Path will begin. This is the practice of which a Granthi, a ceremonial scholar of scriptures, recites the entire Guru Granth Sahib, the Sikh holy book, for 10 days.

Do Sikhs use burial or cremation?

It is a traditional practice in Sikhism to cremate the body of the deceased as Sikhs believe that the body is simply a physical home for the soul. In India, the family would have a live cremation at a pyre fit close to their home but in the UK, you must carry out a cremation at a crematorium. Once at the crematorium, the Granthi will recite a Kirtan Sohaila before another Ardas permitting the Sikh cremation. The eldest son or closest relative of the deceased will push the button behind the curtains of the chambers; or light the fire pit, if in India.

Family and friends will return to the home of the deceased or the Gurdwara where the Alahniya prayer is followed by an Ardas (The Ardās is a set prayer in Sikhism) and the singing of hymns. Karah Parshad, a religious sweet, will be handed out to the attendees; and jalebis or other traditional sweets are served, if the departed was elderly.

Sikhs will continue with the Sehaj Path until the 10th day where the Bhog happens and the Antim Ardas and a hukumnama is read. Karah Parshad is handed out to the congregation where speeches may be given and finally, langer, food, is served.

It is good to be mindful that when attending a Sikh funeral, you must cover your head at all times of the funeral and shoes must be removed in the Gurdwara or the home of the departed.

What to wear to a Sikh funeral

White is the chosen colour of mourning, however; you may dress in formal attire if need be.

Do you send flowers to a Sikh funeral?

Much like any other funeral, you may offer flowers as a form of showing your condolences to the family, starting with the eldest member, however, this is not customary or expected.

What do you say when a Sikh dies?

It is important for Sikhs that when offering condolences, one accepts the journey of death and displays a positive understanding that their passing is the will of God.

Sikhs Prayers (copied from below)

Varina; a traditional Indic belief where it is believed that it takes 11 months for the soul to reach its destination, is not practiced in Sikhism. Instead, Sikhs may carry out a reading of the Guru Granth Sahib as an Akhand Path; a non-stop reading for 3 days, a year after the death in order to pay respect to those who have passed and pray for their soul in the afterlife.