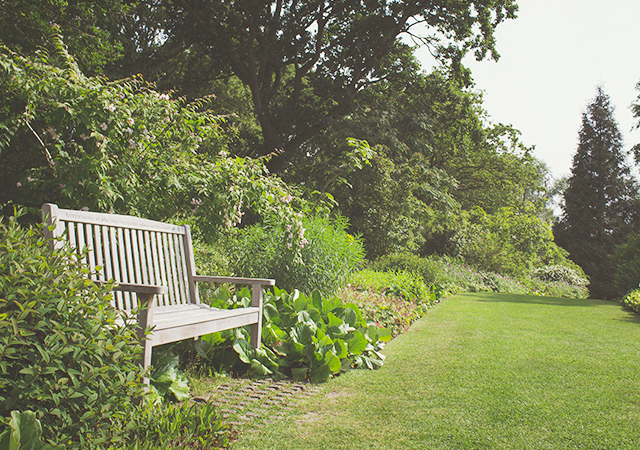 Home Burial – Can You Bury Someone In Your Garden?

Can I be Buried in My garden?

Yes, it is legal for you to be buried, or to bury someone in your garden if you own the land and the land is far enough away form a water source to fulfil environment agency guidelines.

When asked if you can bury someone in your garden, the truth is that as long as certain guidelines are followed (mainly to avoid potential public health risks) there is no law what-so-ever against being buried in your own garden, or on any private land given the permission of the landowner.

Wealthy families with large estates have for centuries, built a mausoleum or burial chambers and vaults on their land, for the burial of a family member, as have certain religious groups (such as the Quakers) who also often used to bury their loved ones in their garden. It is a trend that is again on the increase.

There is an interesting piece about a lady called Wendii Miller, who arranged everything for her mothers funeral from collecting the body and driving it to its destination to arranging all the paperwork. If this interests you, we have a page that details how you organise a cheap DIY funeral

Firstly, planning permission can be a contentious issue, with some local councils in the past insisting that permission is required as it would be a “change of use” from “garden” to “burial ground”. These days though, it is generally accepted that for one or two burials on private land, permission is not needed. If a grand monument is erected (such as a mausoleum) then that’s another matter, but as the majority of home burials follow “green” principles with either a tree or shrub being planted over the grave, planning permission should not be an issue (it’s worth double-checking this with them first though, and getting it in writing if possible).

The land owner should check with his solicitor that there is no covenant on the deeds to the land that could prohibit the burial, and also check that no bye law is being broken.

Thought must be given to how long the chosen site will remain in the ownership of the deceased’s family, as unless restrictive covenants are put in place by a solicitor, future owners could exhume the body (with permission from the Home Office) and bury it elsewhere, or even refuse you access to the grave causing considerable heartache. Financially, having a home burial will be considerably cheaper than a conventional one, but having a body or two buried in the back garden will probably reduce the value of the property somewhat if it is sold in the future. Many buyers might not even consider the purchase of a property that has a body buried in the garden.

The burial site should be on land with a deep water table and be sufficient distance from
watercourses so as not to pose a pollution threat.

Having any grave near a water source is a concern for the Environment Agency from a possible contamination angle. However, as long as certain guildlines are followed they should have no objection. These being:

* The site should be more than 30 metres from any spring or any running or standing water. It should also be more than 10 metres from any ‘dry’ ditch or field drain.
* The site should be at least 50 metres away from any well, borehole or spring that supplies water
for any use. If you are not sure where these are, our local office will be able to advise you.
* When preparing the grave, make sure there is no standing water when it is first dug and that the grave is not dug in very sandy soil.
* There should be at least one metre of soil above and below the body after burial.

Electrical and other services must obviously be avoided, and so you may need to contact the gas, electricity and water board to request plans of the land to ensure your own safety.

Safe excavation of the grave is important and a minimum of 1 metre (3 ft) of soil must be left on top of the coffin lid/over the body after the burial has taken place. You may want to consider asking a local gravedigger who is used to working in graveyards if he could dig the excavation for you.

There is a requirement to record the burial on the deeds to the property, in accordance with the Registration of Burials Act 1864. A location map must be attached to the deed to confirm the position of the grave and details of the name of the deceased, age, date and place of death should be recorded. This will reduce the potential complication of the Police being called if human remains are discovered during future garden maintenance or building work, and any prospective buyer should have the right to know that someone is buried within the grounds of the property.

A certificate for burial issued by the Coroner or Registrar of Birth and Deaths (called the green disposal) will have to be obtained and any other procedural matters of the Registrar satisfied. The detachable section of this certificate needs to be completed and returned to the Registrar by the person who is arranging the burial. The Registrar does not record the place/ location of the burial and this is why it is necessary to write these details on the deeds to the property.

If there are any serious infectious disease concerns relating to the deceased person, then you must also inform the local Environmental Health department.

Kirsty Allsopp documented her experience of arranging the home burial of her mother in the Independent in 2014. An interesting read if you were thinking of going down this route.