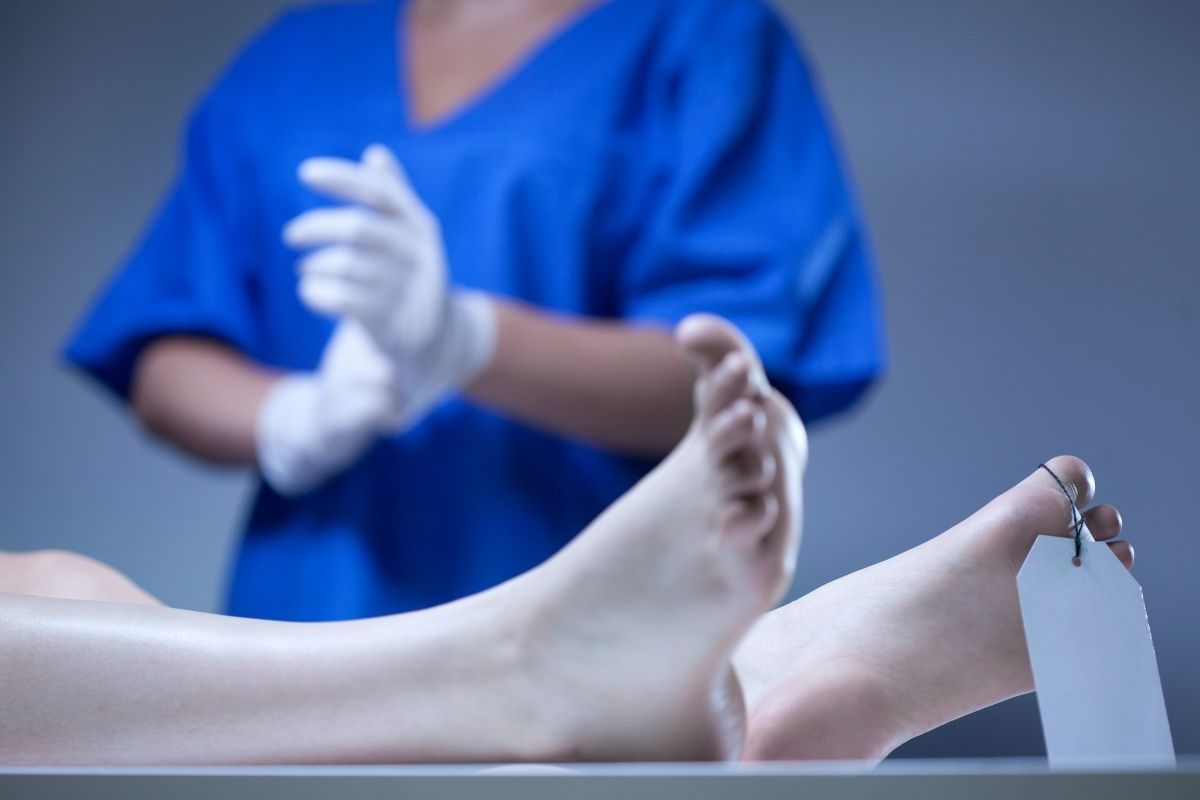 Embalming can be a little bit of a taboo subject – it makes a lot of people uncomfortable talking about what happens with our remains after we die. But, here, we believe that people should feel like they are free to discuss all of their options after they have passed away.

If you have considered embalming to be a path that you would like to take after you have passed away, or if you are just curious about the process, this is the article for you. Read on to learn everything you need to know about embalming, and the pros and cons.

The process of embalming is used to preserve bodies after people pass away. Specialists introduce embalming fluids into the body after they have died, which can help to make the dead body appear peaceful for viewing.

The body starts to degrade after death. The embalming chemicals help to slow down and even prevent decay for some time. When someone dies, several things happen to them.

The first thing is that the body starts to decompose, which causes bacteria to start breaking down the cells in your body.

This leads to more decay, and eventually, (if left untouched) the soft tissues in the body will completely decompose, and all that is left will be hard or calcified tissue, such as your bones and teeth.

The process of embalming involves injecting preservatives into the body. The fluid used in the embalming process consists of the chemicals formaldehyde, alcohol, and other compounds that prevent the body from rotting.

There are many reasons why someone may want to be embalmed. Some people choose to be embalmed because they believe that it will give them peace of mind before they die.

They also think that it will keep the body looking better than if it’s decaying naturally, which can make a viewing or open-casket funeral more peaceful and reassuring for family and friends.

In addition, if some has died in a different country to where they have requested their funeral or burial, they may have to be repatriated. It is a legal requirement for them to be embalmed before they are transported for repatriation.

If you want to repatriate someone, there is only really one alternative to being embalmed, and that is cremation, followed by repatriation of the ashes.

However, there are some people who decide that they do not want to be embalmed, for a multitude of reasons. These include religious beliefs, personal preferences, or simply because they do not want to pay the extra money needed to have their body preserved.

Some families may wish to have their deceased loved ones cremated instead of being buried and they may choose to have their ashes scattered over a particular location. Others may prefer to donate their organs to science or donate their whole body to medical research.

For those who do not want to be preserved at all, they may opt-out of having an autopsy performed on their body.

Many people find that they are comforted by knowing that their body was examined during life, but others feel that they should not be disturbed by seeing their own body in its current state.

Green burial grounds usually prohibit embalming as well. You should speak to your funeral director if you’re unsure about having your loved one embalmed.

A Few Cases Where Embalming Is Inadvisable

There are also a few cases where embalming a body is inadvisable, or where it won’t be permitted:

Overall, if you and your loved one did not discuss embalming before their death, and you are unsure if they wanted to be embalmed or not, your funeral director should be able to advise you further as to the pros and cons of all of your options.

After someone has been pronounced dead, the body must be prepared for preservation by the chosen funeral provider. After the person dies, the body is washed with water to remove any dirt or debris that may have accumulated on the skin.

Next, the body is cleaned with soap and hot water. Then, the face is wiped clean with cotton swabs soaked in rubbing alcohol. Finally, the body is dried off with towels.

Then, embalming occurs. There are two common types of embalming – cavity embalming, and arterial embalming. Both processes take around 2 to 4 hours.

After the embalming process, the body is carefully washed again, and prepared for the service, by things such as setting the face with a peaceful expression and placing caps over the eyelids to keep them closed.

A Brief History Of Embalming

Artificial preservation was first discovered in Ancient Egypt, where the process of mummification was done by removing organs, drying out the body, and wrapping it with linen cloths. This could be described as an early form of embalming.

Resin and fat were applied in a mixture to the body. The ancient Egyptians believed that this practice allowed the soul to return to the preserved corpse after death.

This technique was later adopted by other civilizations such as the Assyrians, Greeks, Romans, Persians, Chinese, Japanese, and Koreans.

Here, we have answered some of the most frequently asked questions about the embalming process. Read on to learn more.

Is Embalming Needed For Cremation?

No, embalming is not a necessary step before cremation, and families should be allowed to choose what happens to their loved ones after death.

Can A Body Be Viewed Without Being Embalmed?

A body can be viewed without being embalmed. Embalming is just one of the many ways to prepare someone for a viewing.
When someone passes away and decides not to be embalmed, the funeral director prepares the deceased’s body by washing the person’s body and setting their features.
The person’s hair is brushed and dressed, and the body is kept refrigerated until the funeral. The person’s body will also be kept refrigerated between viewings, to slow the natural decomposition process.

Will Having An Autopsy Affect The Embalming Process?

A postmortem examination may be performed to establish a cause of death.
However, it should not impact whether your loved one can go through the embalming process. Postmortem examinations should be done by trained medical professionals only, not your funeral director.

How Long Does Embalming Take?

Embalming is a process that takes two hours to complete.
However, this time can be extended depending on how the individual died – for example, a funeral director may have to reconstruct certain features, which can take a while, or seal any operation incisions.

How Long Do The Effects Of Embalming Last?

There is no definitive answer to the question of how long the effects of embalming last.
There are a few different factors that can impact the length of time that embalming will stop the decomposition process, such as the condition of the body before being embalmed or the length of time between death and the start of the embalming process.
We would normally not expect this to affect funeral arrangements, but your Funeral Director will let you know if there is anything you need to know about the process.

I hope this article has helped you understand the basics of embalming, and why a loved one might choose to be embalmed or not embalmed. Please leave any questions or comments below