Resomation (or Bio-Cremation) is an alternative to burial and cremation, that potentially offers significant environmental benefits. It has been developed in response to increasing environmental awareness concerning the large amount of energy that cremation uses and their high level of carbon and mercury emissions, coupled with the ever-reducing amount of land available for traditional burials. The overall process (which has been developed in Scotland) is patent-pending, and discussions have already been held with the relevant Ministers and Departments within Whitehall in order to progress legislation for the use of Resomation in the UK. It has already been used by certain medical facilities in Canada and been given the go-ahead commercially in some US states under the name “Bio-Cremation” which they believe is more consumer-friendly.

NEWS UPDATE – (Feb 2010). According to the management at Resomation Ltd, the first resomator for public use should be up and running in Toronto, Canada this spring, and offering the public a “true greener third choice”.

(June 2010) – Resomation Ltd was recently presented with the John Logie Baird Award for ’Early Stage Impact Through Innovation’ at the Ceremony held in Glasgow’s Science Centre. Managing Director Sandy Sullivan said “This award means a lot to our business. It feels fantastic to be recognised for all he hard work to date, and what greater honour than to receive an award which celebrates one of Scotland’s greatest inventors; John Logie Baird.”

What does Resomation (Bio-Cremation) involve?

A funeral involving resomation is very similar to that of a cremation, until the point at which the coffin is committed from view. The coffin is placed in a special pressure chamber, but instead of fire, resomation uses a water and alkali based method to reduce the body down to its basic elements. Once complete, the liquid is drained off and you end up with a pure white powder (very similar to cremation ashes), which can be placed in an urn for you to take and keep or potentially scatter (see Options for Ashes section). It is envisaged that initially, this process will be offered by existing crematoriums who will have the special equipment installed alongside their existing cremators and that it would cost about the same as a traditional cremation. Over 130 years ago cremation offered a fundamental change in the way we approached human disposition and some serious convincing was required before it was fully accepted. Resomation now offers a new, innovative, environmentally friendlier approach to traditional burial and cremation, and is being seriously considered by many local councils throughout the country as a very viable solution to the body disposal problem.

Within a stainless steel tank called a Resonator, the body is immersed in an approximate 1:20 solution of potash lye and water. Gas-powered steam generators build up pressure within the tank as the temperature rises up to around 170 degrees Celcius. Thanks to the large pressure involved, no boiling actually takes place, only a chemical reaction (alkaline hydrolysis) that separate the body into two main forms. These being a “bio-fluid” that is basically a collection of all our building blocks: salts, sugars, peptides, amino acids, and secondly your bones as “bone ash”, which is pure white calcium phosphate. Any metal implants or prosthetics the person had will remain intact and pristine, and therefore potentially reusable. All this is achieved using about 1/3 the energy consumption of cremation, without any of the harmful emissions. For more information visit www.resomation.com 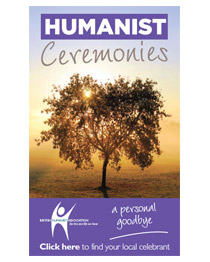